NYC Midnight Flash Fiction Challenge (September 2016)
A woman returns to the location of her wedding proposal, only to find something different and unexpected. Read the story

Short Story (May 2016)
One man’s life could dramatically change as he aspires to join one of the most prestigious consulting firms in the world. But before doing so, he faces one last monumental challenge — Impress the one person standing between him and his dream job. Read the story

Short Story (April 2015)
Tyler Reeves was five years old when his parents accidentally forgot him after a family hike. A local farmer would find the boy dazed and dehydrated, wandering a dried out stream alone. The man would feed and comfort the youngster, caring for him until his parents returned. After the ordeal, Tyler would be fine, for the most part. But when he returned home, Tyler would bring something back, a mysterious condition that would remain with him forever, something that would remind him of the time he was left behind. Read the story

Hannah on the Break Wall

Short Story (February 2015)
Lewis Monroe is that invisible stranger beside you on the train. You’ve passed him hundreds of times before, but you never notice him. He’s nobody, just a man momentarily passing through your world. You do know Hannah Larson. She’s the sweet but quiet young woman that brings you your latte. Lewis and Hannah have never met each other. But that’s about to change. Read the story 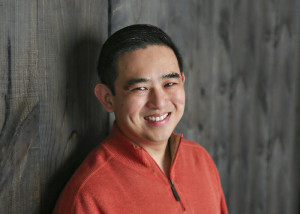